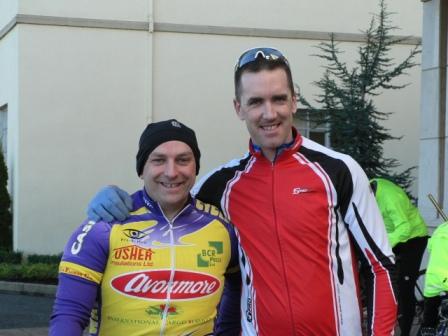 In this interview with double RAS winner and olympian Ciaran Power, I ask what he recommends in terms of preparation for races. He also talks about strategies within the race and how to get into the best position to give yourself a chance of winning.

Ciarán Power is a former professional racing cyclist. He was a member of the Irish Pezula Racing Team. Power turned professional in 2000 with Linda McCartney Racing Team and rode the 2000 Giro d’Italia, gaining 2 top ten stage finishes. He was the first Irish cyclist in a major tour since Stephen Roche in 1993. When Linda McCartney folded in 2001, Power joined the French St Quentin team before moving to the US the following season and joining Navigators.

He retired from prefessional racing at the end of the 2008 season. He is currently working as a Sports Therapist in Waterford.

The Power of Music

Do This To Have More Energy In The Afternoon

Positive Vs Negative Self Talk