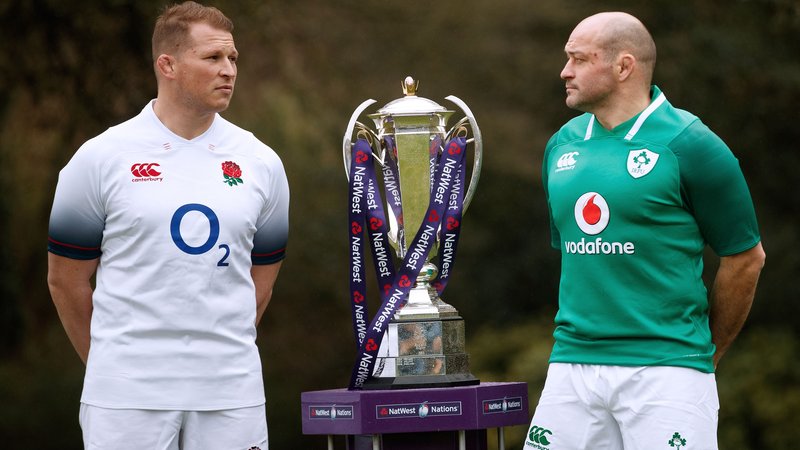 So here it is, a Six Nations Grand Slam decider in Twickenham that so many expected at the outset of the tournament, except not quite in the manner that had been predicted.

What a contrast in motivational stimuli we have for both teams ahead of kick off in West London tomorrow and yet both squads need to access the circumstances around their different situations to produce a similar outcome on the pitch.

Six weeks ago the pundits were cautiously predicting that Ireland would travel to RFU headquarters to challenge the reigning champions in what would amount to a shoot out for the championship and quite possibly a winner-takes-all Grand Slam decider.

Instead, Ireland have a third championship in five years already in their gear bags while England are trying to avoid a third defeat in a row, an almost unimaginable scenario just a few short weeks ago.

For England, confidence will be a little fragile after the defeats to Scotland and France, but the absolute determination not to let slip a long unbeaten record in Twickenham and the understanding for many of the players that they may well be playing for their international futures will provide an excellent focus.

The challenge for the home players and coaches is to find a way to channel the inevitable adrenaline that will fuel their ambition in the early moments in a positive manner that will help them avoid the penalties that have blighted their campaign to date.

Eddie Jones and his backroom team will not have to say much to raise motivation levels among his team ahead of Saturday but they will have to work to channel that energy into a useful on pitch product.

Focusing on the process and constant return to visualisation of key scenarios will be a major component of their pre-match preparation. At this point in the tournament and given the length of their acquaintance, the England team will not have to spend much time rehearsing the different plays and the style template employed by their coaching staff.

Instead they will be channelling their energy into physical recovery and a mental reset that will work on setting goals around carries, yards gained, discipline, process. Indeed they’ll be focusing on pretty much anything except charging like bulldogs at the Irish which is what they’ve been straining at the leash to do since last Saturday evening.

By contrast Ireland are back in a similar place to where they were when they played Italy in the second week of February, albeit with a very different challenge facing them.

Coming off the high of securing that third championship, there may be an inevitable tendency to relax a little ahead of the Grand Slam decider. Much like the high of the last kick of the game winner against France followed by the ‘get the job done’ first twenty minutes against Italy, the Ireland team need to forget about the thrill of their comprehensive win over Scotland and find new goals to make sure that they are in a sufficient state of arousal to face the inevitable onslaught from an England team that resembles a cornered, wounded animal.

Like England, their systems and methods are already second nature so, apart from some tactical nuances to take account of particular characteristics of the team they face, there will be less time spent on drilling new ideas into the players.

Instead it will be a case of accessing that knowledge through regular visualisation and by collective and individual goal setting around potential areas of improvement which have been identified by the coaching staff.

For the 46 players involved, there will be no surprises. They will all have placed themselves in every good and bad scenario that can develop on the pitch in the normal course of play. And pretty much all of them will have imagined a titanic battle.

But which team will be the boat and which one will be the iceberg? That’s anyone’s guess.

Phelan goes “In the Zone” for World Championship Bronze

New Formula 1 World Champion acknowledges the Power of the Mind.