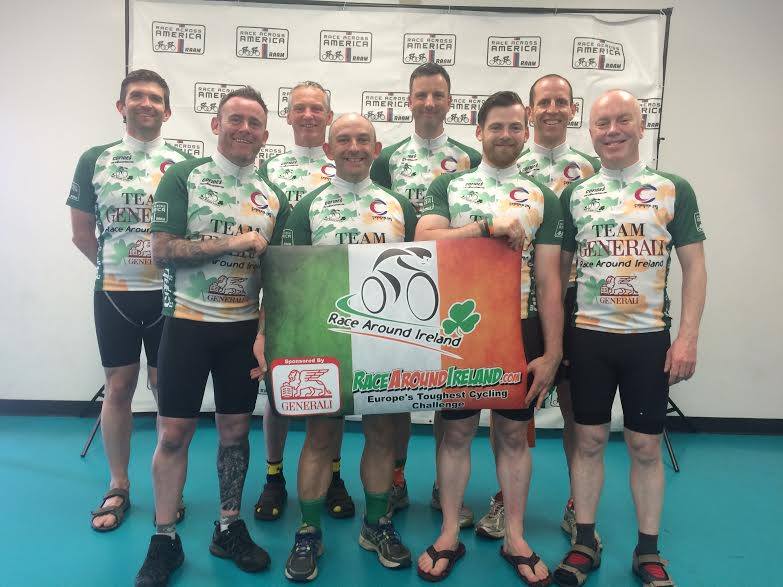 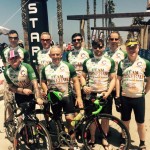 Its been called the toughest bike race in the World. The 5000km non stop Race Across America. Generali PanEurope and Race Around Ireland teamed up to try something that had never been attempted in the 34year history of the event. They entered an eight-man team that would have no crew and instead all riders would also have to take turns at driving and navigating their way across the country.

Because of the dangers involved in such an endevour with sleep deprivation being one of the top concerns, the team was given special permission by organisers due to the experience of the group. Between them they had 5 RAAM’s and 15 RAI’s under their belts having raced, crewed and officiated. 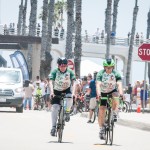 Many people said it couldn’t be done but the guys were out to prove them wrong. It was never going to be easy and it was made a little tougher when one of the team suffered heat stroke on the first day due to tempertures reaching over 50degrees in the desert.

It’s impossible to account for every eventuality but the key is to “be prepared to be prepared” said team leader Alan Heary. There was a sound plan in place and contingencies had been examined and trained for. So a strategy was put in place where the other team members would ride extra time until the eight member was back on track.

The team of eight was split into two teams of four. With height being the main reason for the split due to the size of the spare bikes. The teams became known as the hobbits and the Orcs!

Team Hobbits were Alan Heary, Brian Hehir, Blair Clinton and Colm Baldwin while the Orcs were made up of PJ Nolan, Pat Doocey, Michael Mills and Tomas Scullion.

Each 4-person team took on a 12 hour stint of riding, driving and navigating while the other team had 12 hours to get about 3 hours sleep, some food and drive the 250miles up the route to catch and swap with the first team.

The team would like to take this opportunity to thank all the supporters as well as sponsors, Generali PanEurope, Europcar and DHL.