Skip to content
Dave Saunders from the Irish Amputee Football Association
(watch the video to hear Dave talk about Alan Heary, read what he has to say below)

“Alan Heary has come on as a High Performance Coach.  With regards to the mental toughness, he has been incredible for the team. He is very personable and we have access to him via phone or email, should we have any problems we want to talk to him about. The input and the changes that he has made for our team have simply been incredible.” 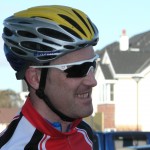 “My advice is to get Alan to work with you. His insight into how athletes think is fantastic, but his ability to simplify things is what makes him different.”

“I would recommend this course to all athletes, no matter what disipline you do, I would also recommend it to coaches because it gives you tools that you can bring into your sporting environment and into your coaching sessions.  It has been invaluable”. 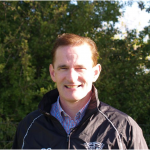 “I  always get Alan to work with any team I am coaching.  He always manages to get the best out of everyone and is fantastic to work with.  His lectures are always informative and interactive.  I can without a doubt recommend Alan.” 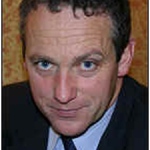 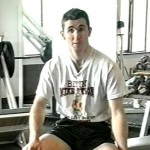 “I would rather go into a fight out of condition unfit, as long as my mind was right, if it was the other way around I would not fight.  I found huge improvement in my performance since working with Alan.  I had found that coming to a fight, I was tense and I used to have a lot of nervous energy but having worked with Alan I was able to use that energy when I got into the ring.  Before I worked with Alan I just wanted to win, but I had never set goals.  Since working with Alan I have set goals, because I believe I can actually reach them now.” 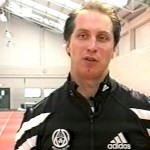 “What surprised me most about working with Alan was, that sitting in a chair going through his mental program, I was able to actually feel physical sensations, feel nervous impulses in the nervous system, feel the muscle twitching.  I had never felt that before that was actually quite exciting.  When I actually went to the Olympics, and I went to major International Competitions, I was able to recreate that using an anchor that he taught me.  So with Alan I was able to approach my sport in a much more focused way, in a much more concentrated way.  Alan is wonderful to work with I would recommend him highly to anybody.” 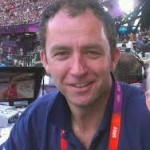 “My advice for any one taking their sport seriously is to do some form of mind training. I used Alan for my Olympic preparations and the results were fantastic.  After a session with Alan you come out brimming  full of confidence and you feel as if you could accomplish anything”

“When I was in the session with Alan, just the way he set it up for me and the way he analysed things for
me, he showed me things, it was just very natural and I walked away from the session knowing a lot more about myself and my game.

It happened on the fifth hole of the Portmarnock links, I was talking to my team mates, and all of a sudden I remembered something Alan had said to me in a session and it just clicked, and I picked up 6 shots in 4 holes.”