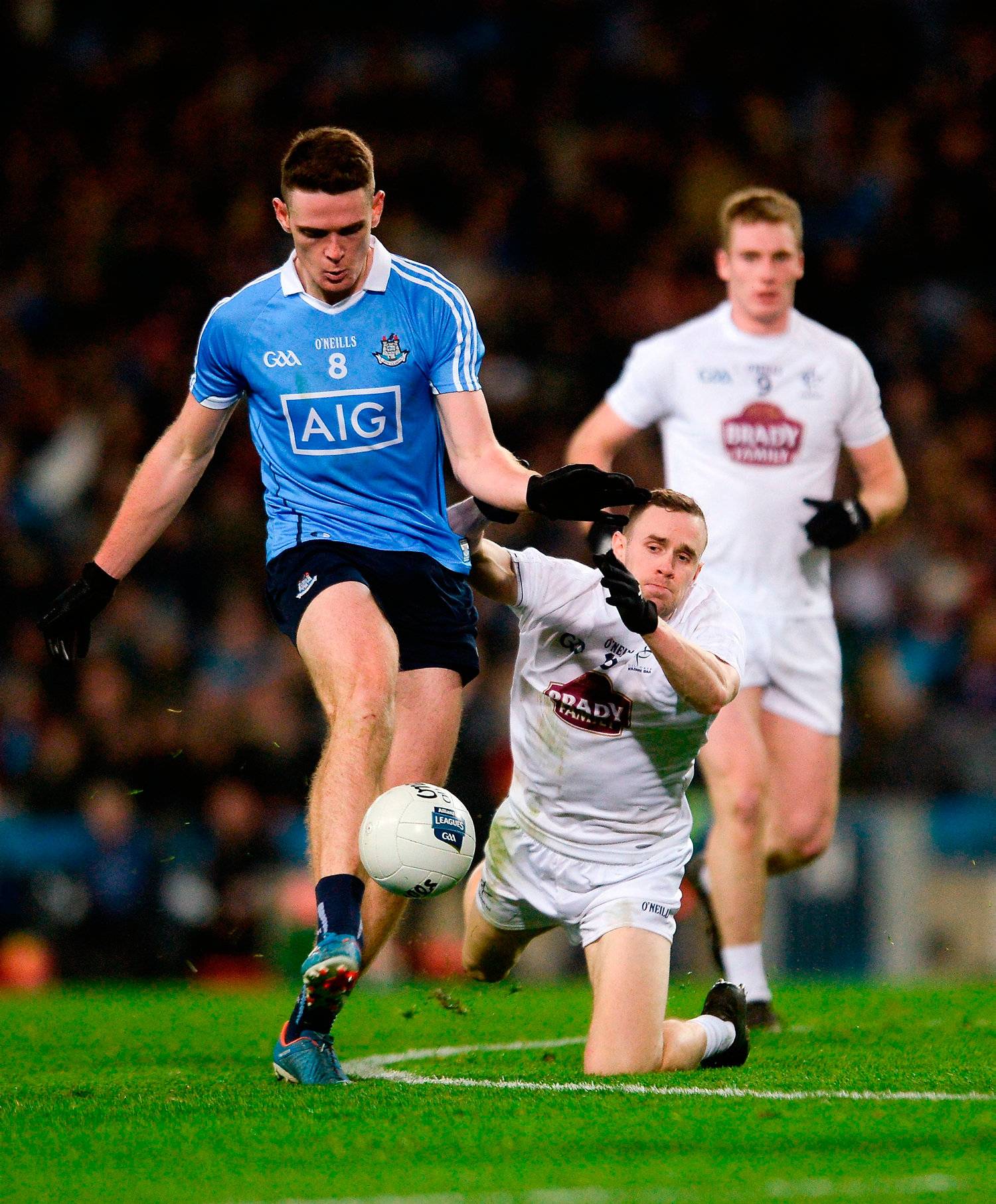 There is no doubt that your ability to control pressure at crucial times can improve your results – but just as important is your ability to become more aroused or pressured when the competition or top performance is less crucial.

Dublin are a formidable force in GAA at the moment but even they are susceptible to under arousal and not firing on all cylinders at the start of a game. Take their win over Kildare yesterday where they were 2 points down at half time.

In the first half they looked less than impressive in the first half but then as Michael Verney put it in the Irish Independent after the match,“it was a classic case of poking the bear”, when a brief melee broke out just before half time.

We have seen many underdogs perform brilliantly at the start of games and then fall to pieces later on. But why? Well one answer may be found in the arousal level of the players. To demonstrate what I mean let us look at the Inverted U Model (also known as the Yerkes-Dodson Law). Psychologists Robert M. Yerkes and John Dillingham Dodson created this in 1908 so it’s certainly not a new concept.

The model dictates that as arousal or pressure increases so too does performance. However, if the arousal level becomes too high, then performance will start to drop off. The optimal performance peak could be also categorized as where the “zone” or “flow” state happens.

Creating the right emotional and arousal level is the key to creating the perfect performance.

In the game against Kildare over the weekend it could be argued that the All Ireland championship players may see the game as one that they should win. The pressure is not the same as in a BIG game and so they may see it as an easy enough victory.

In games where favourites are expected to perform well and win with ease, players can start to see no reason to work hard on their performance tasks and, with concentration and motivation levels lower than usual, they are in danger of making mistakes more easily. The players are on the left side of the arousal scale. This is why underdogs can surprise even the best of teams. I am not saying that players decide consciously not to bother, it can be an unconscious action in same way that emotions are.

Leaving Dublin and Kildare out of the equation lets look at many games where we see championship winners come back to win at the last minute in games and try to explain why this happens. At the start of the game the underdogs are fired up and ready for this match with the championship winners. They are focused on their tasks and are emotionally charged. They gradually capitalize on the mistakes of the other team and grow in confidence as the game progresses.

The underdogs are now working well together and the scores are coming. They are in a state of optimum performance. The game is coming into the final 10 minutes and the underdogs hold a narrow lead.  Now the pressure starts to shift.

Quite often, many people think that the underdogs don’t seem to have the confidence to win later in the game, but that is not really the case. The issue is their inability to control the emotional arousal level.

The championship winners begin to feel more pressure and their attention and motivation begin to increase. They are now moving towards their optimum performance arousal on the scale. They are making fewer mistakes and as a result they get some vital scores on the board.

At this point the underdogs begin to feel more pressure and emotions start to run high. Their focus has now moved from the tasks at hand and more towards thoughts of possibly winning or losing the game. The increased pressure brings some mistakes as they begin to panic and in the dying seconds, the championship winners get the score they need to secure the victory.

Quite often, many people think that the underdogs don’t seem to have the confidence to win later in the game, but that is not really the case. The issue is their inability to control the emotional arousal level. This can lead to a shift in focus to things outside of their control (winning or losing) instead of maintaining concentration on the performance tasks they had been doing well up to that point.

In the case of Dublin and Kildare there is no doubt that arousal level certainly played a role. The poking of the bear was the start of the increase in arousal level and once the championship winners started to switch on, there are moments when you can see Kildare starting to suffer the same fate as many underdogs.

As the Lilies boss Cian O’Neill put it to the Irish Independent“We exposed ourselves, turned the ball over way too much, lost control of our kick-out strategy – and they’re as ruthless as quality champions are. We were the architects of our own downfall in many things out there,” he said.